Gynecologic surgery is a medical procedure that often leaves patients feeling anxious and uncertain. Many patients are not aware of the risks associated with this type of surgery, or the potential side effects that can arise. The truth is, gynecologic surgery can be an effective way to treat a variety of health issues, from abnormal bleeding to ovarian cysts. In this article, we will explore the many different types of gynecologic surgeries available today and how each one can help treat various conditions. We will also discuss the potential risks and side effects associated with each procedure and provide tips on how to reduce these risks.

Gynecologic surgery is a necessary evil

Some common reasons why women may need gynecologic surgery include:

-Fibroids: Non-cancerous growths that develop in the uterus. Fibroids can cause heavy bleeding, pain, and other problems. Surgery is often the only way to remove them.

-Endometriosis: A condition in which the tissue that lines the uterus grows outside of the uterus. This can cause pain, heavy bleeding, and other problems. Surgery is often the only way to remove the extra tissue.

-Ovarian cysts: Fluid-filled sacs that can develop on or near the ovaries. Cysts may cause pain or other problems if they rupture or become too large. Surgery is often needed to remove them.

The different types of gynecologic surgery

-Cancer: Gynecologic surgery is often used as a treatment for cancer of the reproductive organs. This can include removing the ovaries, fallopian tubes, or uterus (a hysterectomy).

-Fertility: Surgery may be performed in order to improve fertility. This can involve procedures such as removal of endometriosis tissue or blockages in the fallopian tubes.

-Other conditions: There are many other conditions that may be treated with gynecologic surgery, such as uterine fibroids, ovarian cysts, and endometriosis.

The pros and cons of gynecologic surgery

There are a number of different types of gynecologic surgery, each with its own set of pros and cons. Here we will take a look at some of the most common procedures and explore the advantages and disadvantages of each.

One of the most common types of gynecologic surgery is a hysterectomy, which is the removal of the uterus. This can be an effective treatment for a number of conditions, including uterine cancer, endometriosis, and fibroids. However, it is a major surgery with a lengthy recovery time, and it can cause side effects such as vaginal dryness, hot flashes, and mood swings.

Another common type of gynecologic surgery is a laparoscopy, which is used to diagnose and treat conditions such as ovarian cysts. Laparoscopic surgery is less invasive than traditional surgery and has a shorter recovery time. However, there is a risk of infection and other complications.

A third type of gynecologic surgery is a pelvic floor prolapse repair. This procedure is used to treat pelvic organ prolapse, which can occur when the muscles and tissues supporting the pelvic organs weaken or loosen. Pelvic floor prolapse repair can be done through either traditional or minimally invasive techniques. Recovery times vary depending on the technique used but are typically shorter with minimally invasive methods. There are also risks associated with this type of surgery, including urinary incontinence and sexual dysfunction.

When is the best time to have gynecologic surgery?

For many women, the best time to have gynecologic surgery is during their childbearing years. This is because the chances of complications from surgery are lower when a woman is younger and healthier. Additionally, many gynecologic conditions can cause problems during pregnancy, so it may be necessary to treat these conditions before becoming pregnant. However, there are some surgeries that should be avoided during pregnancy, so it is important to talk to your doctor about the risks and benefits of surgery before making a decision.

How to prepare for gynecologic surgery

If you’re scheduled for gynecologic surgery, there are some things you can do to prepare. First, your doctor will likely recommend that you stop taking certain medications, such as blood thinners or non-steroidal anti-inflammatory drugs (NSAIDs). You should also avoid eating or drinking anything after midnight the night before your surgery.

The day of your surgery, you’ll need to arrive at the hospital or surgical center early in the morning. Be sure to wear comfortable clothing and leave all valuables at home. You’ll be given a gown to change into once you arrive.

After your surgery is complete, you’ll be taken to a recovery room where you’ll be closely monitored as you wake up from the anesthesia. Once you’re alert and able to drink fluids, you’ll be discharged home. Be sure to have someone available to drive you home and stay with you for at least the first 24 hours after your surgery.

What to expect after gynecologic surgery

After any type of gynecologic surgery, you can expect some pain and discomfort. Your doctor will prescribe medication to help manage this. You will also have some bleeding and discharge from your vagina for several weeks after surgery. It is important to rest as much as possible and avoid strenuous activity during this time to allow your body to heal properly.

Gynecologic surgery is a very safe and common procedure. With the right preparation, it can be an effective tool for treating a variety of conditions and improving overall health. This article has hopefully helped clear up any misconceptions you may have had about gynecologic surgery, informing you on what to expect before, during and after the operation. Ultimately, if your healthcare provider recommends gynecologic surgery as part of your treatment plan, it’s important that you take all necessary steps to ensure that you get the best outcome possible with the least amount of discomfort or pain. 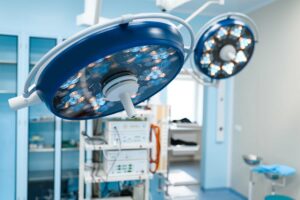 What I Wish Everyone Knew About Operating Room Light. 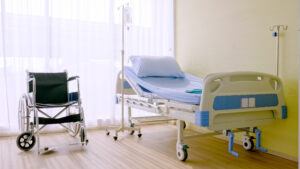 Seven Doubts About hand-cranked hospital bed You Should Clarify. 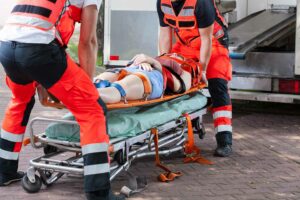 How To Learn About  Ambulance Stretcher In Only 10 Days.